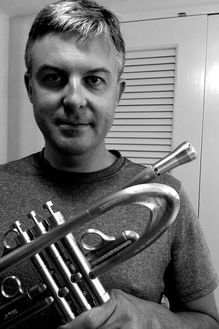 Jason Harrelson was raised on the road along with his sister, Jennifer, by their truck driving parents traveling the continental United States. Jason decided to pursue a career as an inventor and entrepreneur at age ten. His first venture, JR's Snack bar, was co-founded with his best friend Rick, which served snacks and drinks to local trailer park kids earning them their very first paycheck of $5.40 each in the first week. Jason's other ventures included a lawn care business at age 11, a recycling business at 15, an auto mechanics/restoration business at 17, Harrelson Woodworking at 19 and Harrelson Trumpets founded at 20.

Jason began playing trumpet in 5th grade and practiced the very first day only to be electrocuted half-way through the first practice session while plugging a light into a faulty wall socket. He didn't practice again until 11th grade and proceeded to sit last chair in all band concerts. He was awakened to the love of music by his band director, Gary Tangen, who challenged him to pursue perfection in music. Locking himself in his room for 4 hours of diligent practice daily at age 16, he placed first chair in the high school band the following week.

While attending St Olaf College pursuing Math, Psychology and Trumpet Performance degrees, Jason discovered the laws of physics governing trumpet acoustics and set out on a mission to improve the efficiency of trumpet design. Since then, he has gained international acclaim and criticism for his high efficiency modern trumpet designs.

Jason has long been a sideman and lead player in small jazz combos, big bands, musicals, quintets and orchestras. He made his NYC Broadway debut at the Barrymore Theater in November of 2007 while touring with Duran Duran. While he does play daily, most of his time is now dedicated to the design and production of musical instruments and accessories. With a unique approach, all Harrelson products are specifically designed to further educate and facilitate improved performance on brass instruments.

In the pursuit of re-designing the entire trumpet in multiple keys, flugelhorn and all brass instrument mouthpieces, Jason has intensely studied manual and CNC machining. Being a self-taught machinist and fabricator allowed him to incorporate many new technologies into the production process that were previously not utilized. Jason's goal of machining the entire brass instrument to offer higher efficiency, variable performance options to the player and control over every aspect of production required over 30,000 hours of hands on education in the machine shop. 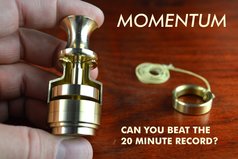 In 2016, Jason launched Momentum, the world's fastest spinning top on Kickstarter. This marked the first product launch unrelated to musical instruments in 20 years. This physics-based "toy" is a tool for understanding and applying Newton's Laws of Motion as well as an approach to clearing the mind with the goal of learning more quickly. You can see Momentum at www.harrelsonmomentum.com

Jason has been featured in magazines, newspapers and television news broadcasts over the years featuring his unique approach to musical instrument design.

You can follow Jason's daily work on social media as well...

Jason Harrelson has been a clinician and offered Master Classes throughout the world on topics ranging from Brass Instrument Physics to Brass Performance, Entrepreneurship and Careers in Inventing.

He has worked with students and groups small and large including: